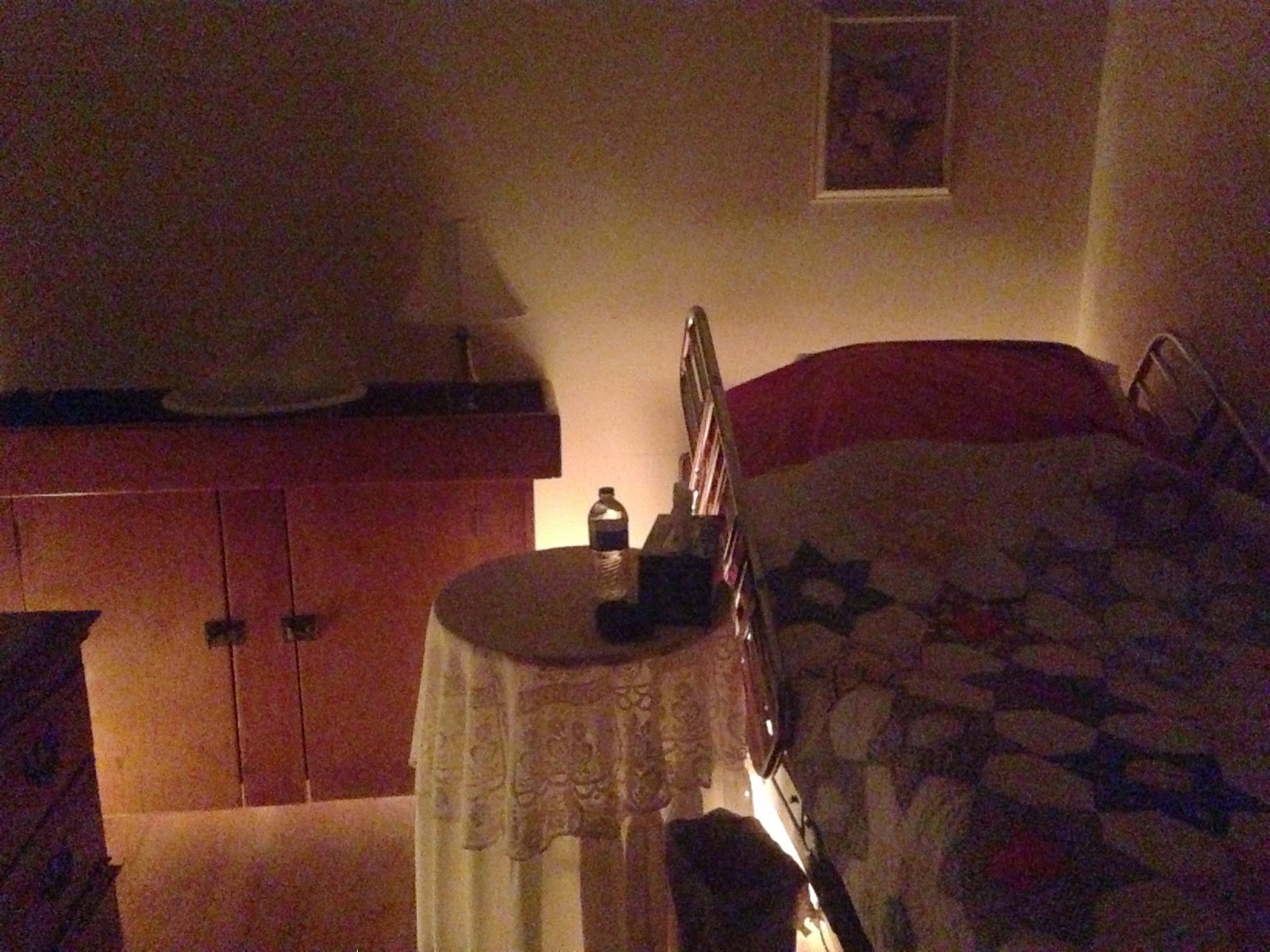 My mother is in the tenth year since her Alzheimer's diagnosis, has the beginnings of macular degeneration, and is 90 years old. It is amazing that she manages to navigate her little apartment as well as she does. But recently, despite the nightlights in her bedroom, she has seemed disoriented as she's maneuvered her way from the bathroom back to her bed during the night, even though it is only a dozen steps away.

Taking care of someone whose condition is deteriorating requires the ability to adapt to increasing levels of need. I admit that flexibility is not my long suit, but there is another factor at work that sometimes causes me to ignore signs of Mom's diminishing abilities; I don't want to admit she is failing. Despite all I know about Alzheimer's disease, I have an emotional reluctance to recognize signs of Mom's physical and cognitive decline.

When Mom began to complain of having trouble finding her way, her room conditions were exactly the same as they've been for the past ten years. There were two nightlights in her bedroom along with three nightlights in the living area.  Nothing had changed but her ability to function in her environment, which I was slow to admit. Thus, I essentially allowed my poor mother to stumble around in the dark for a few weeks before I gave careful thought and prayer to how her environment might be adjusted, not only to ease her confusion but also to decrease her risk of a fall.

I'm pleased with our solution to this problem. Earlier this week I ran a strand of white Christmas lights behind Mom's two dressers, gathered the extra length into a clear storage box (being careful not to bend or put pressure on the wires) and pushed the box underneath Mom's bed. The result is a soft glow that outlines the shape of her bed clearly, but when she is in bed the light is behind her and she is not bothered at all.  In fact, she's been calmer and has seemed to feel more secure; last night she said, "It is so cozy in here."  And indeed, her softly lit quarters now boast a sort of dorm room ambiance.

Most of us struggle with a period of denial when loved ones lose the ability to function as they once did. Throughout the course of a an illness, the caregiver/patient relationship has to be renegotiated as the care recipient's needs increase. As we stand on the threshold of the final stretch of Mom's Alzheimer journey, I pray for wisdom to understand and grace to respond quickly to her increasing needs.