The Lord is With You 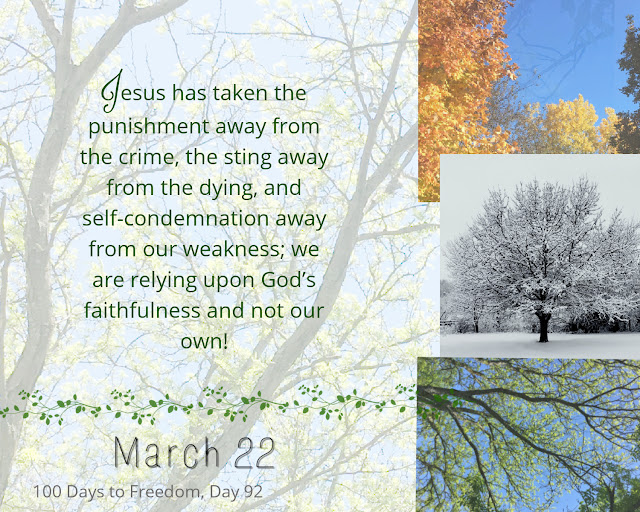 "The sting of death is sin, and the power of sin is the law. But thanks be to God! He gives us the victory through our Lord Jesus Christ" (1 Corinthians 15:56-57 NIV).

I think one of the most difficult things about caregiving was the guilt.  I eventually learned to hold my tongue in response to Mom's harsh words toward me, but initially my heart was so hurt that I would either respond in kind, or try to talk her out of her point of view, which was fruitless.  When I became defensive or angry, I inevitably suffered guilt afterwards.  The emotions were complex; loss of a mother who provided care for me, hurt that she was so often angry with me, and a sense of betrayal were chief among them. But over all of this was the knowledge that she could not help having Alzheimer's, and if change was to happen, I was the one who needed to change.

Change did come over time, by God's grace. But on days when I failed, I always found peace when I sought the Lord in repentance.  He accompanied us on every phase of our journey through Mom's Alzheimer's. You can trust Him to walk with you as well.

My prayers and empathy are with those of you who are still in the throes of caregiving journeys of your own.  God bless and keep you.