We Can Trust Him 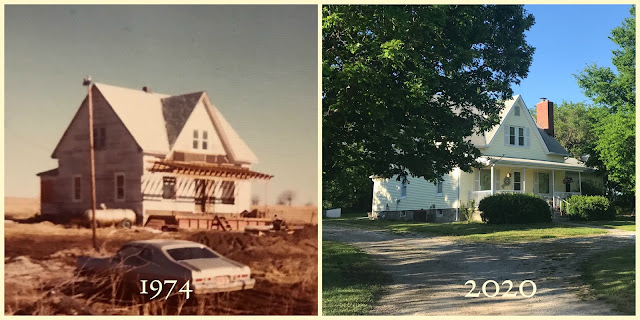 In May of 1973, at age 19, I accepted a proposal of marriage from a 20 year old boy.  We were married not quite a year later.  His parents had planned to raze the old house that had stood empty on their property for over ten years, and thought perhaps to build an A-frame or bring in a trailer to be our first home.  But I walked around inside the old wreck of a house, and loved the high ceilings and upstairs gables.  My father examined it carefully and pronounced the foundation sound; the little house had what we would now call "good bones."

I've been cleaning out closets the past couple of weeks and have gone through several boxes of photos.  I found the photo on the left and then, today I noticed a photo taken from nearly the same angle just a couple of weeks ago.  The comparison was astounding.  I put the two photos side by side and labeled them: “1974” on the one and “2020” on the other.

When he sends us into situations that are challenging, he knows the end of the story.  He always has a plan that is formed according to His perfect love for us.  We can trust Him when our lives are difficult, because He’s in control.  God always has a plan, and it is a good plan, and we can trust in Him.
~~~

For I know the plans I have for you,” declares the Lord, “plans to prosper you and not to harm you, plans to give you hope and a future.
-Jeremiah 29:11-

Our Refuge, Strength, and Help 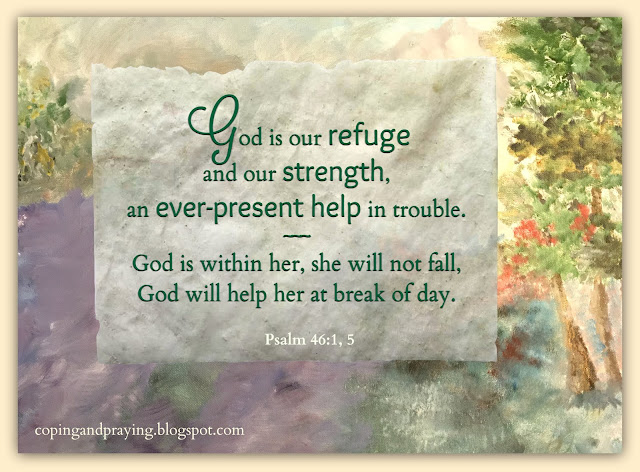 I woke up with Psalm 46 on my mind this morning. Here is Matthew Henry's commentary on the first five verses of this encouraging chapter: "This psalm encourages to hope and trust in God; in his power and providence, and his gracious presence with his church in the worst of times...If God be in our hearts, by his word dwelling richly in us, we shall be established, we shall be helped; let us trust and not be afraid."
Posted by Linda Born at 5:45 AM No comments: 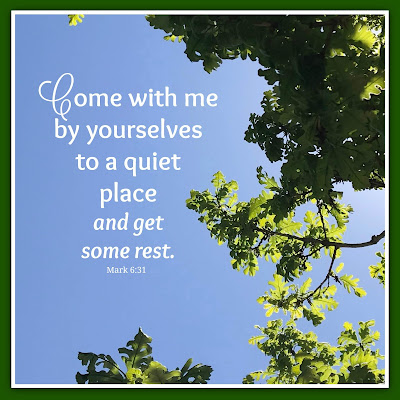 So often our minds are set on output: "What can I give, how shall I reach out, what can I accomplish today?" This morning I realized if I am always thinking of what I need to achieve, I won't be able to receive! In order to enter into God's rest we must leave our burdens--even our good and admirable plans for giving and achieving--outside the door. "Then Jesus said, “Let’s go off by ourselves to a quiet place and rest awhile" (Mark 6:31 NLT).
Posted by Linda Born at 7:35 AM 2 comments: