He Is in Our Yesterdays and Tomorrows 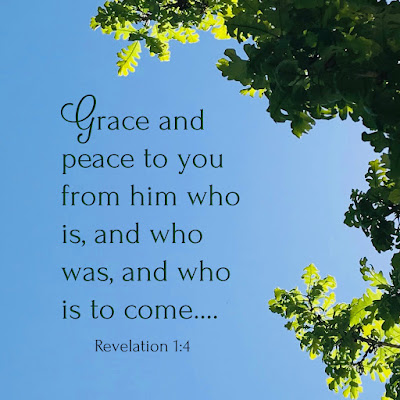 My dear cousin is dealing with aging parent issues, and so I have been providing her daily emails with readings from my caregiving book that was published back in 2009.  My mother died this past January, following a 16 year battle with Alzheimer's, and to my surprise, these devotions I wrote as a new caregiver are helping me in my grieving process for Mom.

The vulnerability of honesty about our struggles as caregiver and patient was a hallmark of how the Lord led me to write that caregiving book, and so I know when I say that I am amused by Mom, or feel compassion toward her, or love, that it was true at the time I wrote it.  Thus, rereading those words from the early years of my caregiving journey, reminds me that Mom's later, difficult behaviors were indeed dementia related.

It is incredible that with all my--albeit self-taught--knowledge about Alzheimer's disease, that  I struggle now to believe that Mom was not always as she ended up being. This, despite my oft-repeated counsel to others that Alzheimer's is no different than any other crippling disease, except that in dementia, it is the brain that is damaged, so that outward signs don't reveal that disease is at the root of the aberrant behaviors.  But when my own mother expressed vicious anger toward me, I struggled to separate the manifestations of disease from the person she was prior to her diagnosis.

The process of rereading God's counsel to us given toward the beginning of Mom's disease process is helping me to remember. I am making the needed separation between who Mom was prior to Alzheimer's, and the vast changes in behavior that occurred as her disease progressed.  The lines blur because of sin, I guess: Mom's and my own.  Her later, disease-fueled behaviors echoed, if not who she was earlier in life, than my remembered emotions in response to her occasional, sinful behaviors. As the years went by, the lines blurred and I lost the ability to separate the dementia from who she was and is in the Lord, and I somehow forgot or dismissed the great blessings she brought to me earlier in life.

God is with us, past, present, and future.  A part of the grieving process when we lose a loved to Alzheimer's lies in reconciling who that person was in the past with later, disease-influenced, behaviors.  We mustn't allow the evil of the disease our loved ones suffered to influence how we remember them.  I pray that the Lord, who is present in our past, present, and future, will help me remember and honor my Mom for the blessings she provided me pre-Alzheimer's.
Posted by Linda Born at 6:54 PM No comments:

A Prayer During the Pandemic 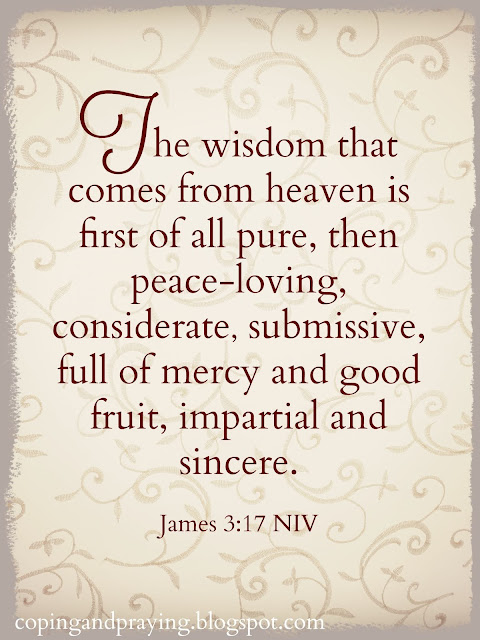 Dear Lord, we pray for freedom from fear of making "wrong" decisions for ourselves and our families during COVID-19, for freedom from the tendency we have to judge others whose guidance differs from our own, and for the Godly wisdom that will bring us peace as we place our trust in the Lord, who is with us. In Jesus' Name we pray, amen.
Posted by Linda Born at 8:50 AM No comments: